it’s been a seriously long time since i posted.  i can’t really say why… or maybe i can.  i will try, though it will likely just be a bit of a brain dump, though i am sure any regular readers of this blog will be used to those.

since coming back from Mumbia, so much has happened.  we have moved and that was a horrible nightmare of a day, though holy shit, we love our new apartment sooooo much!!!

hubby’s grampa was in the hospital with what we were initially told was pancreatic cancer, though after some testing, it turned out not to be.  we were in the hospital with him and the gramma every night for awhile, and we are so happy with the results, but wow, it was stressful!!!  i won’t go into what an a-hole i think his doctor is, for providing that diagnosis with NO testing.  if we were in the USA, i am sure a giant lawsuit could ensue… anyways.

then, one of my beloved cats (Joe) became very sick and we had to take him to the vet three times in three days.  he refused to eat and hadn’t gone poo for days (still hasn’t and tomorrow is a week).  we had many diagnostic tests and it wasn’t anything obvious.  he had a bit of an abscess (some teenage acne gone awry on his chin) and i think it was painful and turned him off eating.  then it popped and he just hasn’t regained his taste for food.  he’s never been the BEST eater anyways, but now it’s ridiculous.  i was syringe feeding him all the time over the last few days, but today he finally had a wee bit of food on his own, though i had to crush up a few temptations treats (kitty crack) in the food to get him interested.  we will see how this goes.  he’s very frisky though, which is a good sign.  wow, i can sure talk about my cat’s illness, gawd help anyone if we ever do have a child.

also, work has been very busy.  kind of mentally exhausting in a lot of ways.  i love my job and am lucky to say that, but some weeks are more mentally draining than others.

so, where do we stand with surrogacy?  well, i guess that’s another reason i haven’t written.  we don’t know.  i am going to be honest here, and in doing so, may help myself talk through the “problem”.

our time in Mumbai was terrible.  i know that some people may just think “oh, you were sick, big deal”, but we were soooo sick and both at the same time, so it was hard.  that’s not the biggest deal, except that we really would dread having that happen again, and cannot imagine being that sick with a baby.  that’s the first thing in our minds when we reflect on that visit.  second, i have met a couple through this blog who are from Canada and are currently in Mumbai with their new twins.  they have waited so far 50 days with no word from the Canadian government on where their application to bring the babies home is at.  the website doesn’t say anything other than “processing”, the 1-800 number cannot be accessed from India, so they are having to rely on family and friends to appeal to the government for information and/or help.  it turns out (and this was alluded to when i was in touch with the government in my initial research) that the process of getting babies back to Canada could take over three months, and i can’t imagine being in Mumbai for all that time with a baby.  neither can hubby.  especially since we can’t even imagine being in Mumbai again, period.  it looks like India was a hot-bed of surrogacy for a long time, but then it became big in the media, then became regulated, and the Canadian government is making it more difficult to get babies back.  this apparently has happened with adoption from various countries too, Kenya and China and a few others that were in the press, it seems a pattern with the Canadian government, or maybe it just appears that way.  i am sure it protects someone…. there’s always a reason for this type of thing.

thirdly, we are very disillusioned with our clinic.  i must be honest, though we tried to kind of wash over this when we were there, some of the standards were very poor compared to Canada, i haven’t even provided some of the detail, and nor will i, as it’s pretty personal.  we did expect this, and had everything else gone well, i guess maybe we could have overlooked it, but it’s one of the issues that have compounded.

this is the kicker, and i have struggled with whether to talk about this on this blog or not, but i am going to, because this is anonymous.  we don’t really trust our clinic has our best interest at heart.  there are many things that make us think this, and maybe one day i will expound here, but the whole experience has made us so turned off that we just kind of put things on pause.

this sucks though, because there was no definite indication in India that i couldn’t produce eggs had i been healthy at the time, i know i ovulate still, my test results were decent, so i kind of felt like the clinic hung me out to dry because going through an IVF cycle and having eggs harvested in Canada is SOOOOO expensive, so now i feel like our only chance at having a child biological to both of us has been wasted, because we can’t do it here, and we don’t want me to go through any more medical treatment in India, it’s not a good idea…. it’s very discouraging and sad for both of us, so we have kind of being avoiding the issue.

when we got back i looked at other surrogacy options, i knew about Thailand and the Ukraine before, but there are issues with both.  someone had let me know that Mexico is an emerging “player” in the surrogacy market (one state only in Mexico), and also apparently Cyprus is an option nowadays.  we haven’t done much research, as we know we would have to start at the very beginning to do it in either, and i am sure both have their own issues, so again, discouraging.

so, here we sit, in a sort of limbo.  each day i get older, and yes, hubby does too, but he is a fair bit younger, so age isn’t that pressing of an issue for him, but yeah… i dunno.  we don’t really have time to be confused or hopeless or bitter or whatever…. but we are.

i have also looked into participating in fostering children, though hubby isn’t as keen on that… it’s something i have always thought about, but …. ugh, my thoughts trail off in this post, because the thoughts are still spinning in my head without an end, so there is really no conclusion to any of the things i describe.  mish-mosh brain.

so, to my surrogacy friends i haven’t emailed, it’s just because i haven’t known what to say… i haven’t dropped off the earth, i just seriously didn’t know what to say.  i just have been avoiding the topic of surrogacy altogether, and emailing back and forth makes me think about it…. so sorry for being a non-communicative dolt.

that’s about it for now… i am still around, and will email when i can get myself to email (how’s that for honesty?) 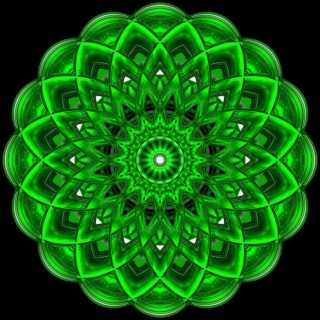